I’m 21 years old and go to college and work full time. I live in New York, and I’m a lifetime Natural Pro Bodybuilder. My family originates from Bosnia and Herzegovina. I have much pride for my culture and nationality and was lucky enough to inherit great traits from my bloodline, which ultimately helped push me into the path of Bodybuilding. I started lifting weights for fun when I was 15, and ever since, I have consistently worked toward this career/hobby, to get to where I am today. 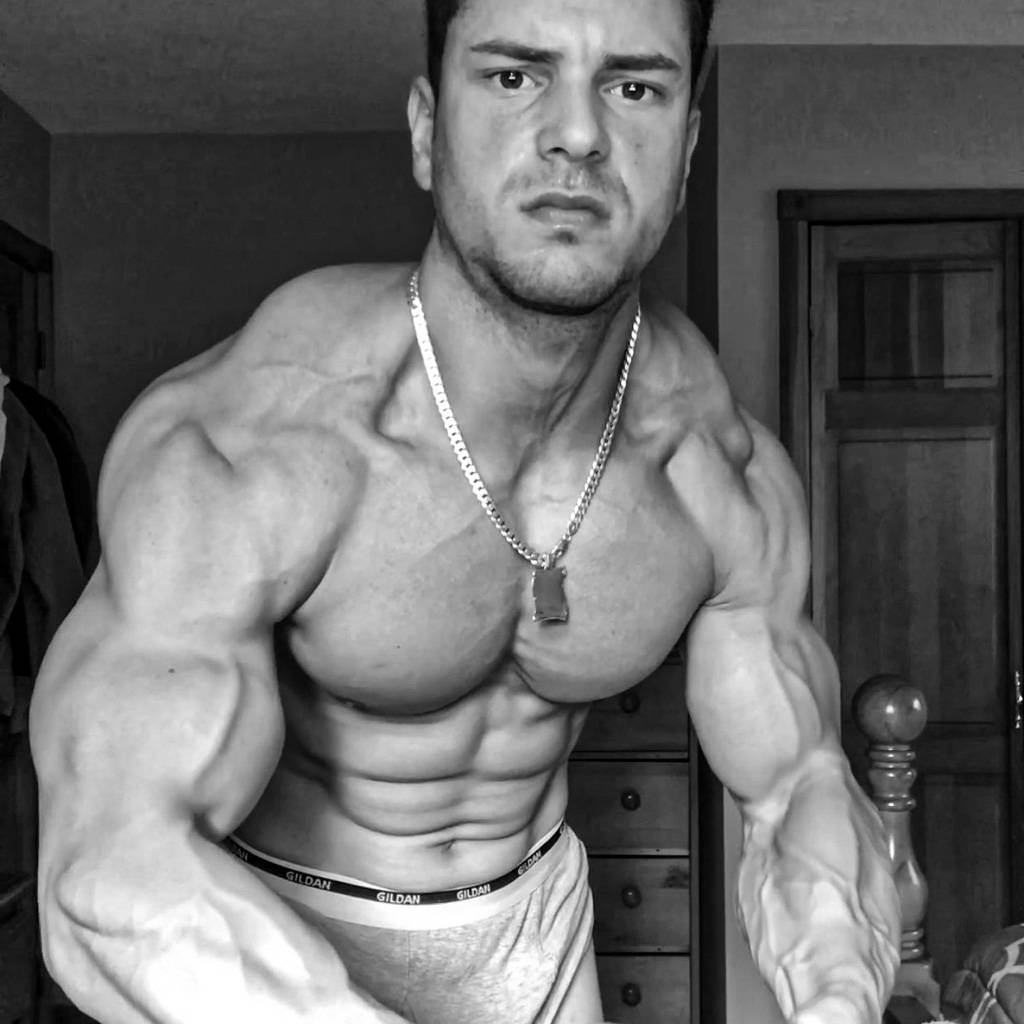 What truly sparked my love for this sport, was the feeling I got when I started seeing serious and fast progress in my physique at the beginning stages of my lifting career. I was always tall and skinny; I simply had no purpose and wasn’t confident with myself and how I looked. I began training in my basement at age 15, when my father bought me my very first bench set. I promised to him I would make him proud as he was, and still is, one of my biggest idols in life. Looking up to my father has implemented an alpha mindset my whole life. He is a big reason why I became a bodybuilder. I tried to play many sports, but no one thought I was good enough because I didn’t do their summer/winter camps and didn’t pay several hundred dollars to prove my skills. This was a turning point for me because no matter what sport I played, I never got playing time and other teammates would make fun of me. This was when I realized I had a bigger purpose to serve and had to prove everyone wrong. I began to eat a lot and train at Planet Fitness, where I went from 150lbs at around 15 and a half years old, to 175lbs lean within six months. Gaining weight was addicting because I had such a fast metabolism, and it showed on my physique, which ultimately resulted in clean weight gain and quick progress. I was getting bigger and leaner by the day.

This quickly resulted in eating more protein and carbs to get even bigger. I was one of the only bodybuilders of my generation that weighed 200lbs in 11th grade. At 17 years old once I pushed 200lbs, things became serious, and I knew I was in this for the rest of my life. I began training like a bodybuilder and looking up to one of my biggest idols, Arnold Schwarzenegger, in every aspect of life. Followed his workout regimen strictly and made sure to never cheat myself out of doing absolutely everything I could to achieve my short and long term goals. This lead to further weight gain and getting bigger and smarter day by day, envisioning my goals clearly. I remember vividly being 17 and coming across Martyn Ford’s transformation, which ultimately inspired me to do better and reach new levels. I looked up to Martyn and still do. He even then responded to my messages and gave me credit as he still does. This made me want to join his team as soon as Ignite Nutrition came out. I was ecstatic he released his company and messaged the team promptly to become an ambassador and represent the brand because I strongly believed in it. And here I am today almost a year later with such a fantastic opportunity to work with an amazing company such as Ignite Nutrition.

I want to thank everyone at Ignite Nutrition, all the way to Martyn Ford for sponsoring me. I look forward to this great endeavor that has been provided to me and will do absolutely nothing but the best and upmost to promote this amazing brand. The nickname that I go by is Sean “The Machine” Bolic. I go by this nickname because I operate like a machine and provide myself only the best fuel for performance. That, along with being a good person, having a hard work ethic, diligence, perseverance, patience and ultimately consistency in everything I do, I will continue to grow, dominate, educate and inspire others through the brand.